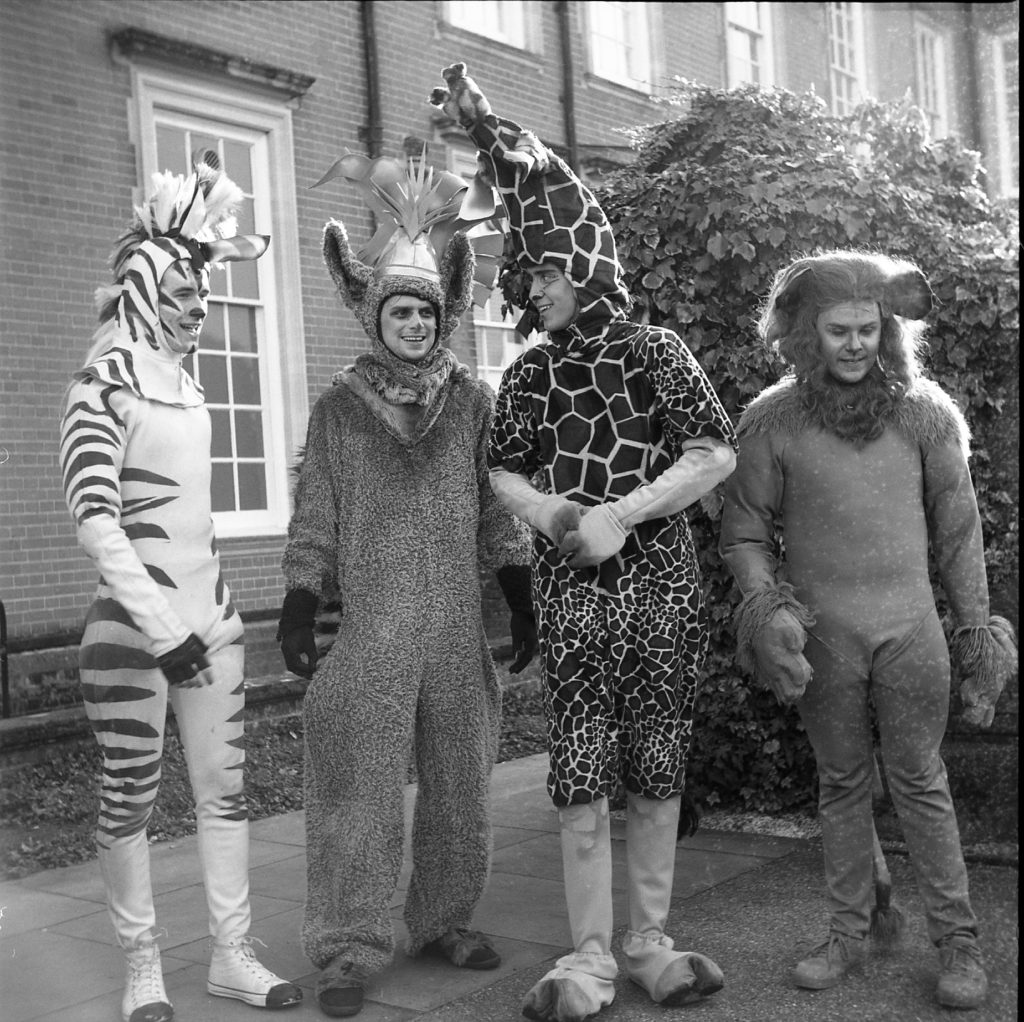 eI love Rodinal. It is cheap, easy to use and lasts forever. In fact, the longer you leave it, the darker it gets, like a fine sherry aging gracefully.

Just one problem. It is a high grain developer, which is not always ideal. I tend to shoot available light, handheld photography, but for those of you that do portraits or love fine grain, Rodinal is probably a no-no.

Step in Mr Bellini and his Hydrofen developer.

I discovered Hydrofen via Nik and Trick, the film photography specialists here in the UK.

They state it is the same as the old Rodinal Speziale, which means it is a fine grain version of Rodinal. I had to give this a try, as a fine grain Rodinal would become my go to developer if any good.

The only down side to this newish developer, is the lack of info on development times.  Nik and Trick have a time sheet for several popular films on their website page for Hydrofen, so I used the development times shown for Kentmere 100.

In the above photo the developer has produced a fine grain witha nice level of contrast. The appearance remnds me of the results I have achieved with Kodak Xtol. 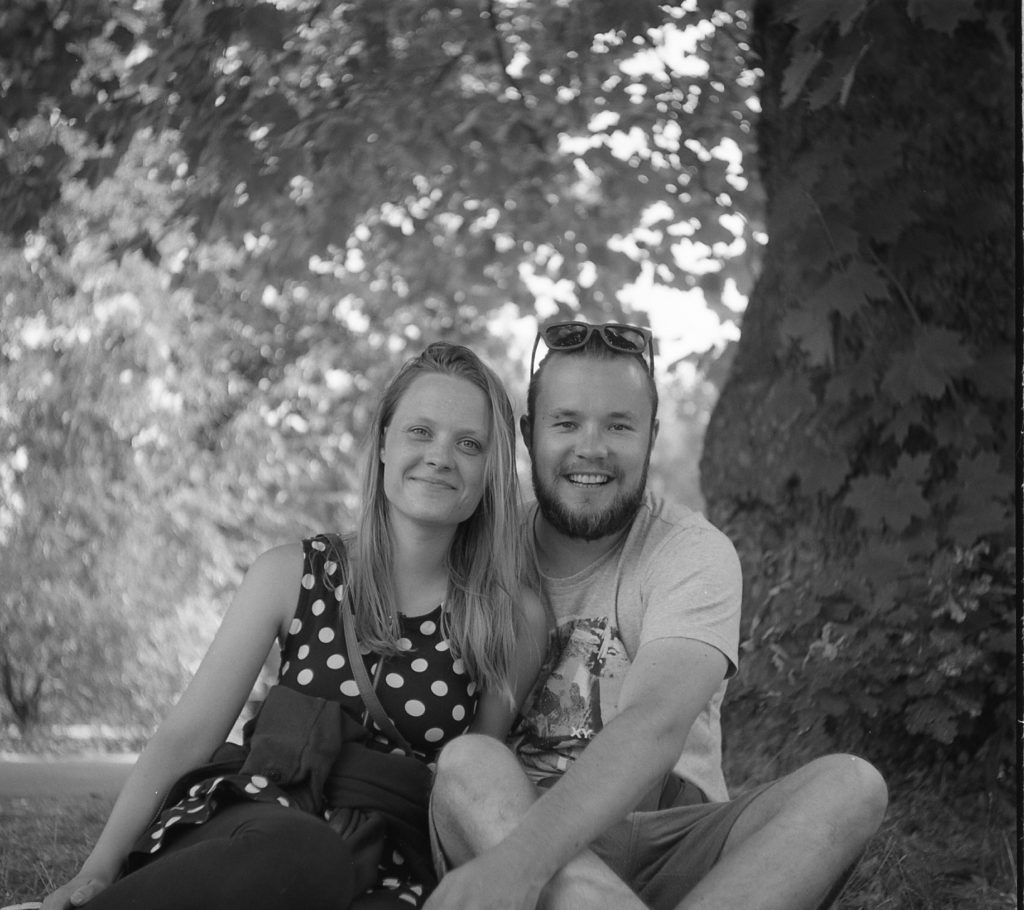 I love shooting with my little Yashica 44’s. They take a splendid photo. The lenses may not be as technically refined as their bigger 120 format cousins, but they are good enough for me. The only issue is film choice, Rerapan 100 & 400 being the only purpose manufactured films wildly available in 127 format. As it was summer, I chose Rerapan 100 for these shots (taken from two separate films). I have no idea what film Rerapan is, and online research has drawn a blank, although many theories abound regarding which film manufacturer supplies Rerapan.

In the above portrait, taken in the shade, the film & developer have produced a fine grain image, with plenty of mid tones and the film has dealt well with the contrasting shade and sunlight in the background. The 44 has produced a sharp image with a pleasing bokeh. One of the reasons I love medium format is how good the photos look blown up, and this portrait is no exception. Even the smaller 127 format produces lovely, detailed negatives. 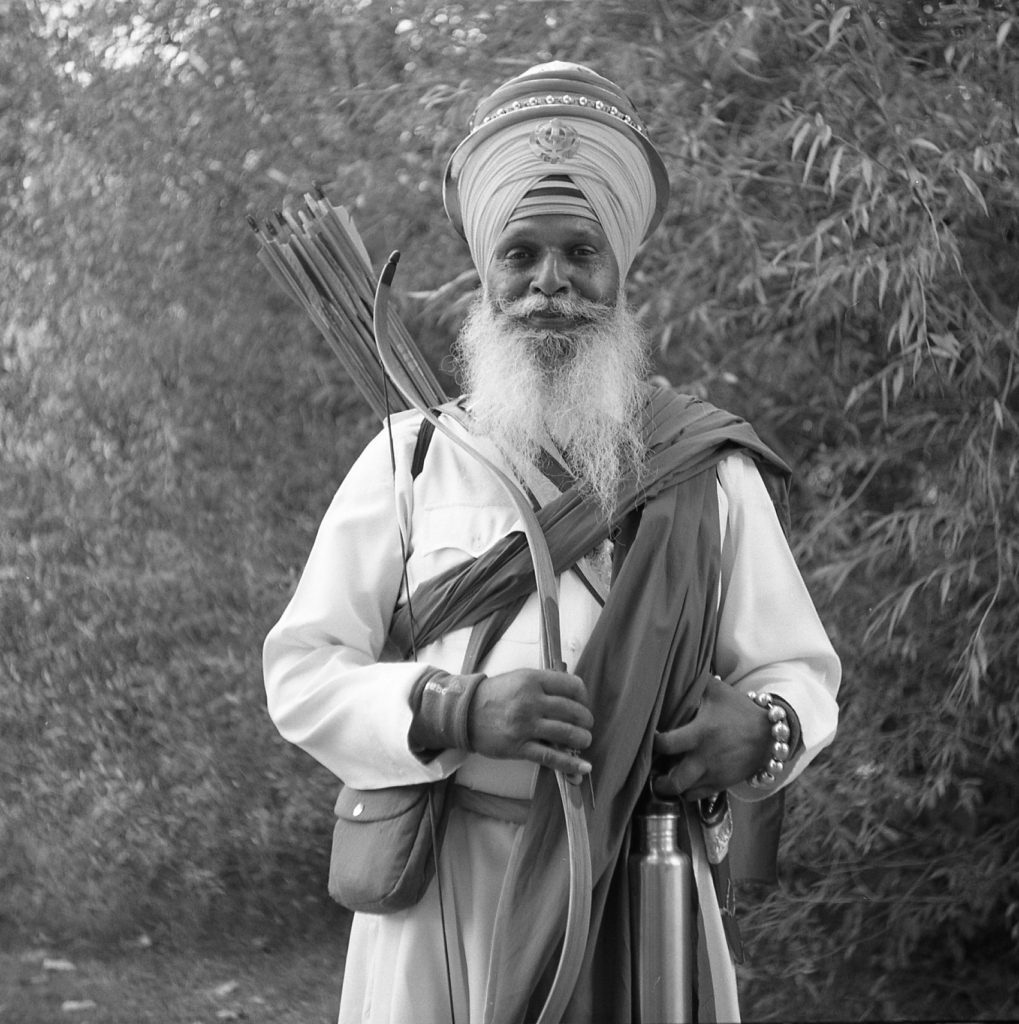 Whilst in Saville Garden, on the Royal Estate in Egham, England, a local Sikh Association had put on a charity fun run. The above chap was one of the runners, dressed in full traditional Sikh garb. He was kind enough to stop for a photo (which can be a slow process on a TLR).

This photo has a very old school look to it, with less contrast than the last two and more mid-tones, but I like the result, once again with a pleasing bokeh in the background.

The image is smooth with plenty of detail.

I like the Bellini Hydrofen developer and have ordered a larger bottle to play with. It is so conveniant to mix, using a measuring syring to mix just the amount you need, when you need it. I use it at 1 + 39 dilution, which gives fantastic value for money. If it lasts as long in the bottle as my current Rodinal, then Bellini Hydrofen will take it’s place alongside Rodinal as my staple developers.

I highly recommend trying a bottle. Nik and Trick ship internationally, and their small shop in Folkstone is a film lovers dream. They also have a good Facebook page and contribute regularly on other FB forums. I order all of my chemicals and 127 film from them, as well as using them for developing my E6 and colour 120 films. They also work closely with Bellini, as well as more established manufacturers, to bring products to the market. We need to support this type of business, else we will lose them.