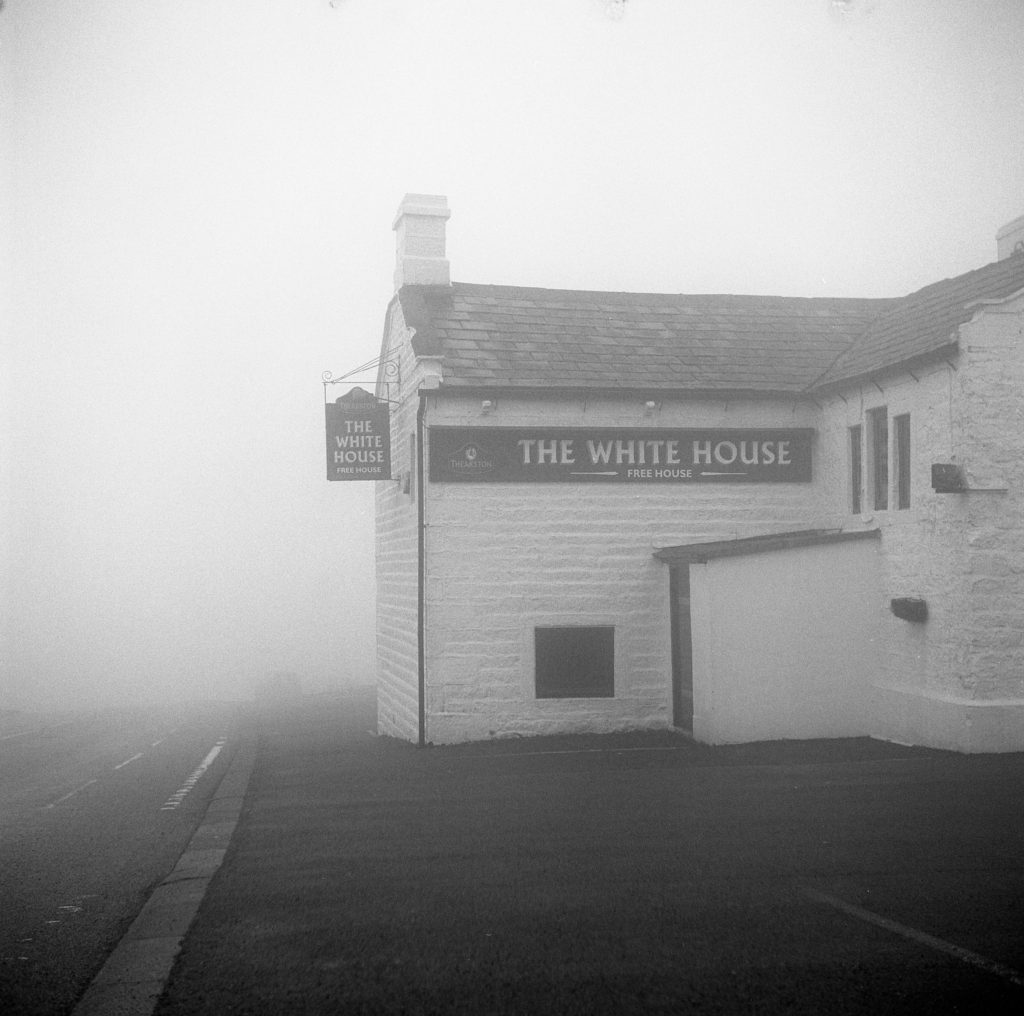 I tend to stick to traditional cubic grain films, rather than the more modern T-grain films.  I shoot available light, handheld photography, and the more forgiving exposure lattitude of traditional film suits this as I never know what sort of light I will be shooting in. Merely crossing the street can take me from bright sunshine to dark shadow.

The fine grain obtained with the T-grain films is something I do not need. If I was shooting portraits I may play with it more.

However, I had two rolls of Kodak T-Max 400 to use in medium format and I took them to Yorkshire, along with my Yashica 635, to use them up.

The above shot was taken on a very foggy day up on the moors. I like the way the shot came out, but there is nothing distinctive about the film, I could have taken the same shot just as well on HP5. 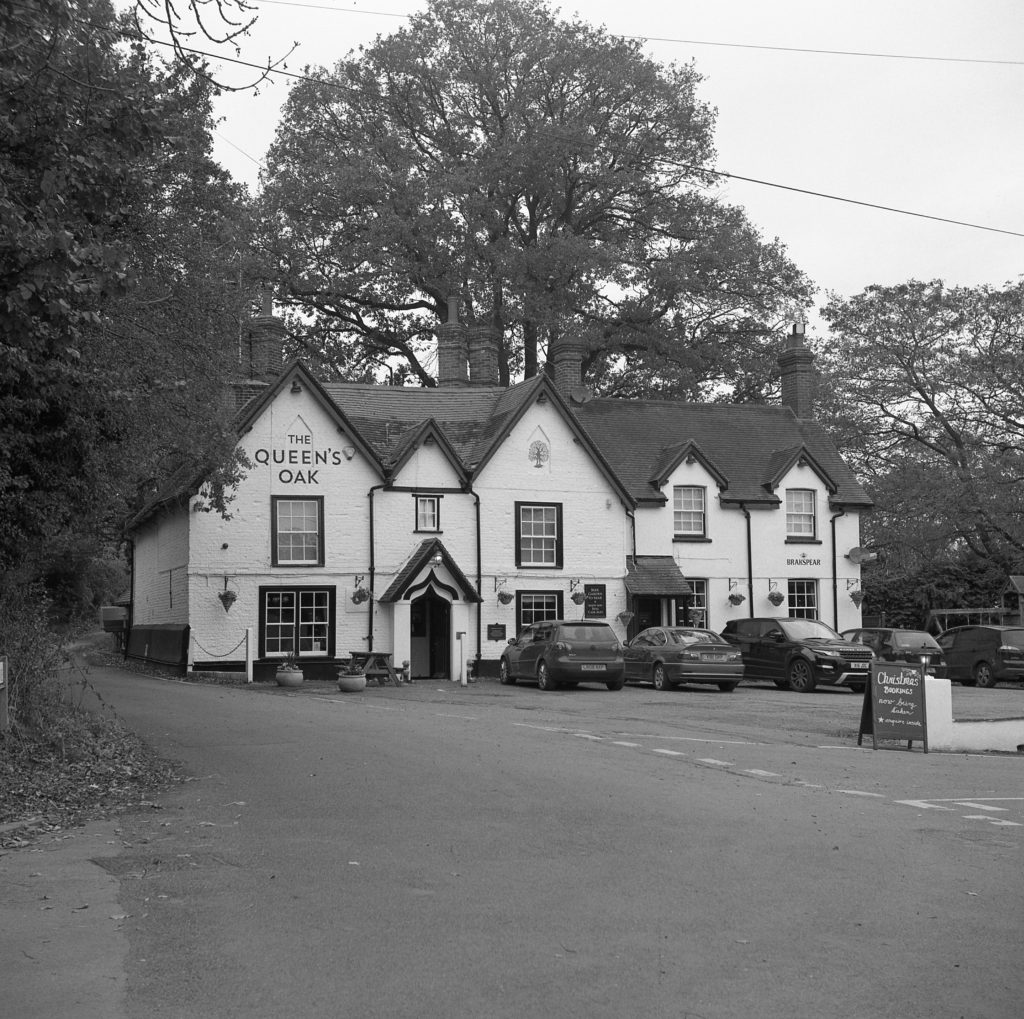 I like photographing pubs. They often have so much history, sometimes harking back to when they were stand alone inns used as resting stops on very old roads.

The above pub is named The Queens Oak. From the brewery website ‘The Queen’s Oak in Wokingham, is the only pub in the UK with this name. Originally called The White Horse, the pub was re-named after Queen Victoria planted an Oak Tree opposite the pub.’

Once again, the film has captured the image well, but it looks like HP5. 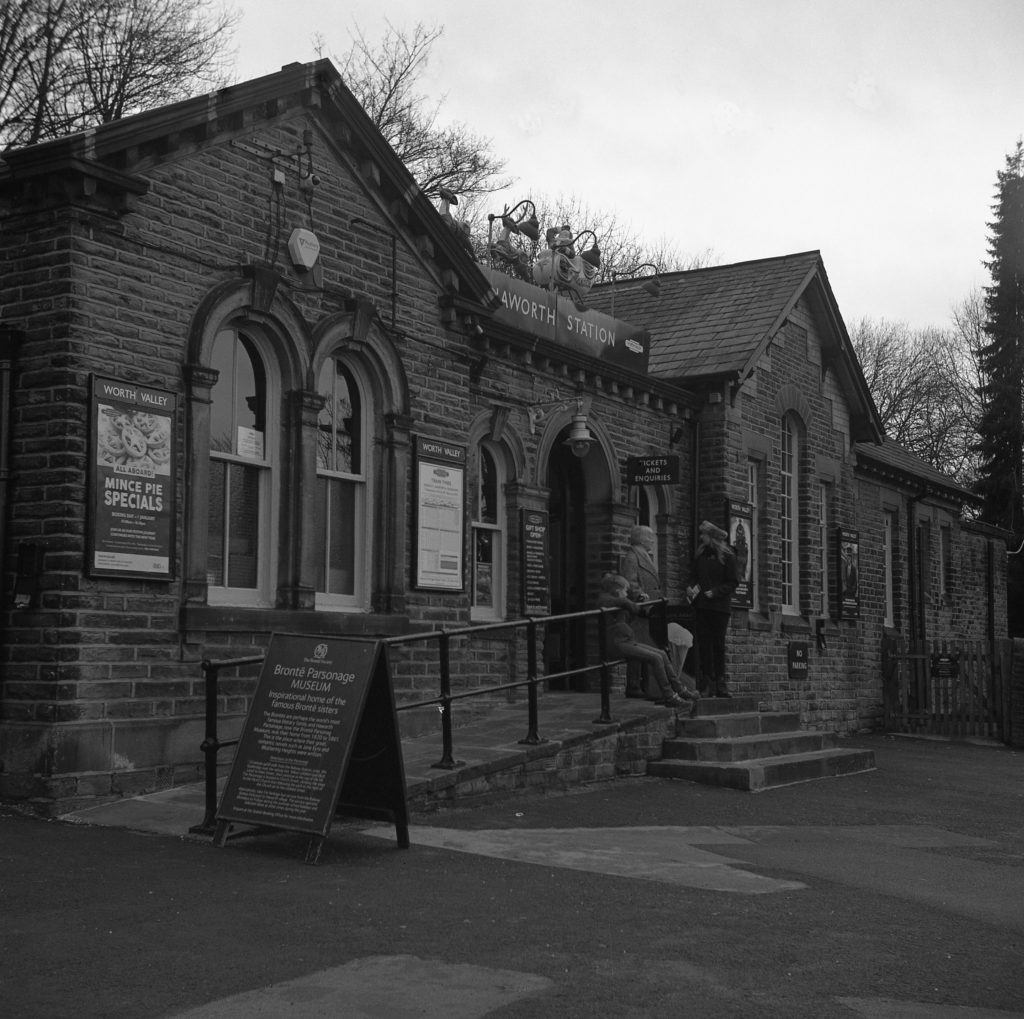 This last photo is of the historic steam railway station in Haworth, Yorkshire. This photo has more of the contrast I would expect from T-Max, but is a little underexposed (there were several other photos slightly more under-exposed on the roll) which demonstrataes why I am not keen on T-Grain films in my old cameras. The error is mine, but having to get exposure spot on every time is an additional hassle I don’t need, I am sure this would have turned out better using a cubic grain film. Yes, I could play around with the photo using software, but I like to get my photo correct out of the camera.

Whilst I would love to give T-Grain films a go for posed portraits, I will stick to cubic grain films for my style of photography.

All photos developed in Ilford DDX.