I tend to favour shooting in black and white, I find colour does not work so well for me. I love experimenting with new films though, and a few posts ago I discovered the joys of slide film, so when I heard about Rollei Crossbird I had to try it. 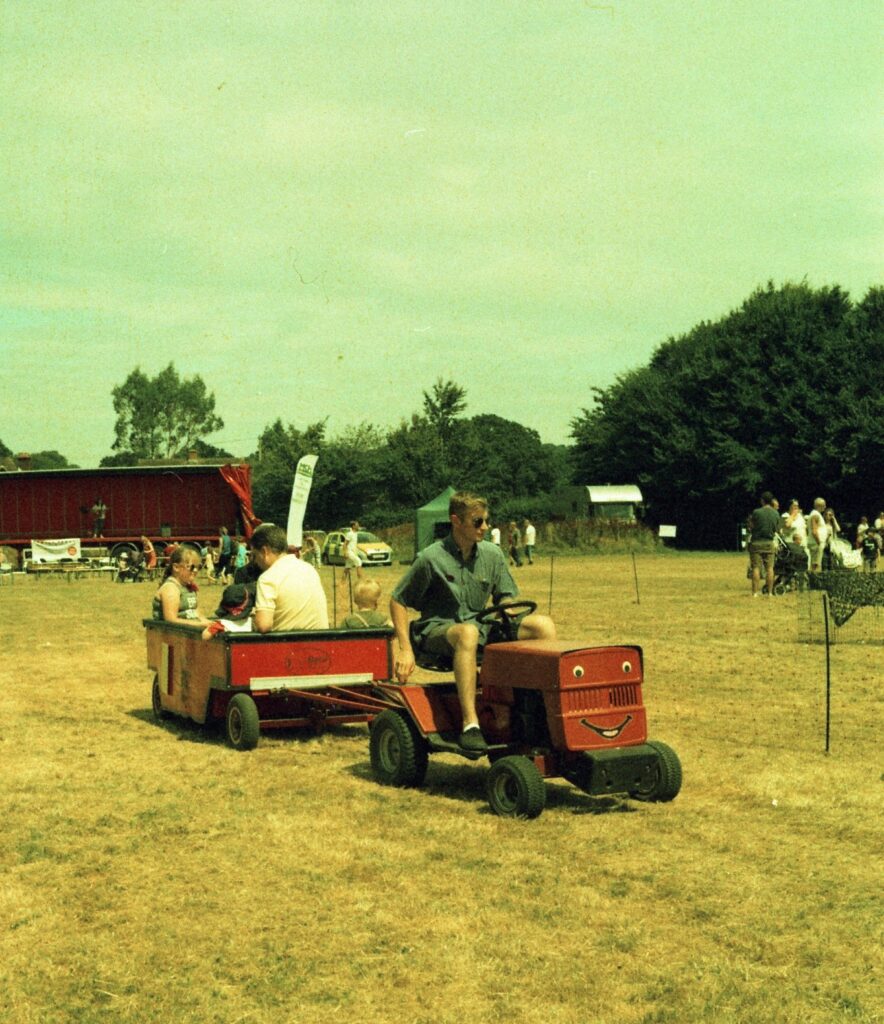 Rollei Crossbird is a colour slide film, which apparently when processed E6 as slide film is rather unremarkable, however when cross processed in C41 chemistry, gives an interesting look.

Importantly (for me at least), it comes in 127 format, and as a big fan of 127, I am all for trying any currently manufactured 127 film to help keep the firm is business.

I used the film in my wonderful Yashica 44, as it takes a lens hood which is essential for any Yashica TLR on a sunny day, the uncoated lenses don’t half flare when caught by direct light.

I had to crop a couple of shots as one quirk of my 44 is the film counter does not reset unless I fiddle with it, and I forgot to do that after loading the film, so the camera wound on as though at the end of the roll and it messed up the spacing, with several early shots overlapping. 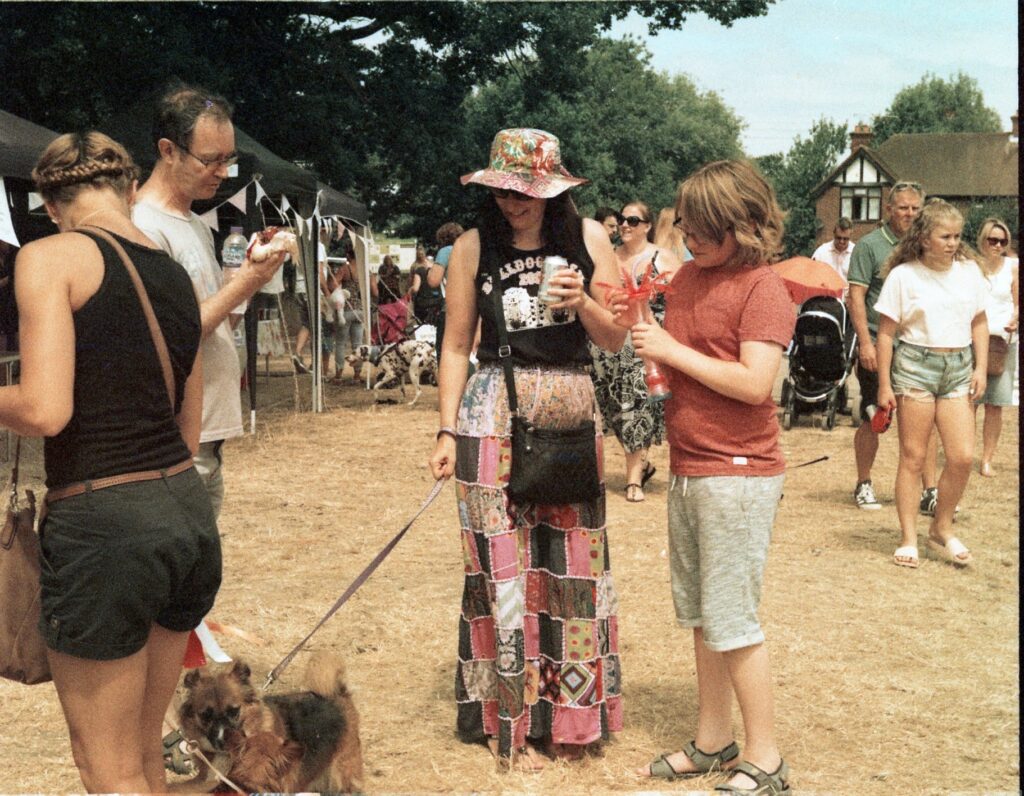 I think colour works best in bright light and Crossbird is a 200 speed film, so I waited for a sunny day and took the film to a charity summer fete, for the Saving Abandoned Fly grazing Equines (SAFE) charity in Cantley. I like candid people shots and hoped there would be some colour there.

One of the first things I noticed is the distinctly ‘vintage’ look the cross processing gives, as though the film was normal colour film processed in the 50’s or 60’s. I like the aging effect it has on the film. 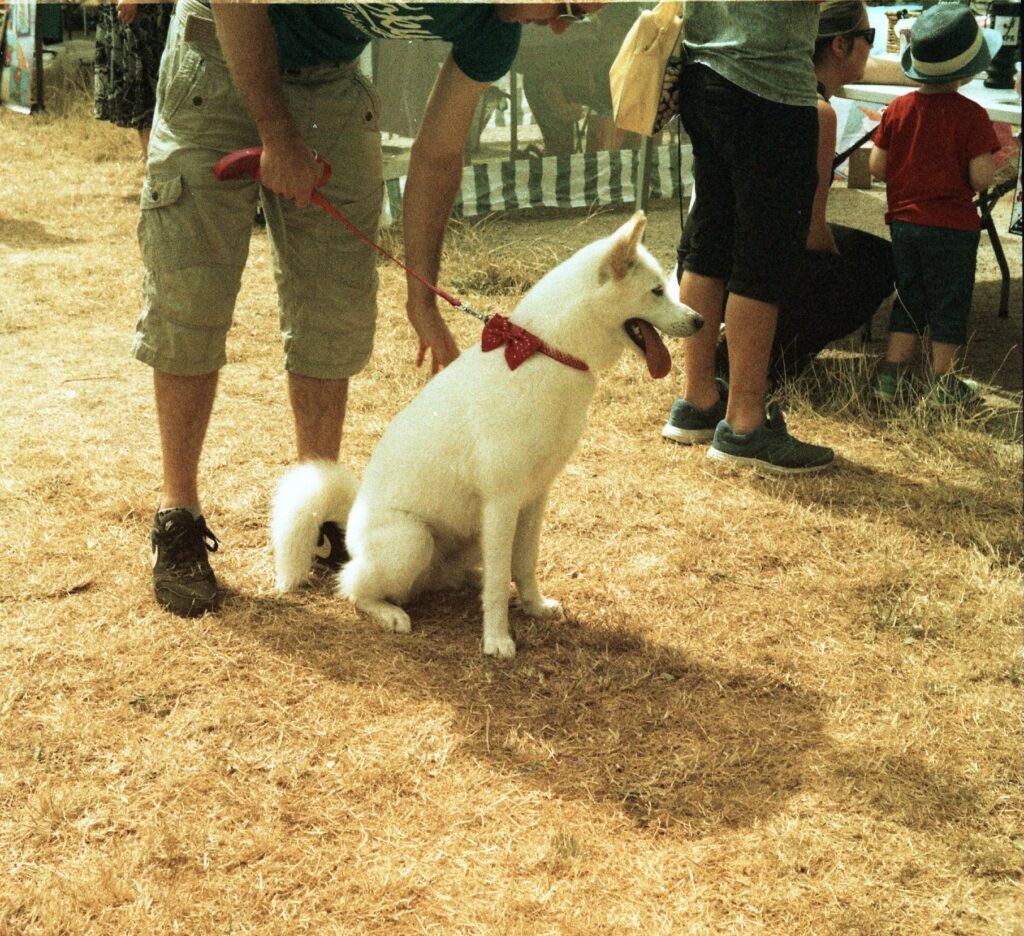 In the first shot, the blue sky has a very ‘dirty’ appearance to it. Although the cross processing works with some colours, clearly sky blue is not one of them.

I like Rollei Crossbird. It retails for the same price as Rerapan B&W 127 format film, however you have to pay for processing on top, which bumps up the price of expensive 127 film even more. I would only use it for creative effect, in the same way others use Lomochrome Purple for instance. It is not a film for mainstream colour shooting.

I will be keeping a roll in the fridge ‘just in case’, although the next roll I may process as E6, just to see how good or bad it is as a slide film.

The film was supplied and processed by the experts at Nik & Trick in Folkstone.