It’s amazing how you never seem to visit iconic places that are almost on your doorstep. The Olympic Stadium in East London is an easy trip by train, but yet I have never bothered visiting despite the 2012 Olympics being seven years ago. 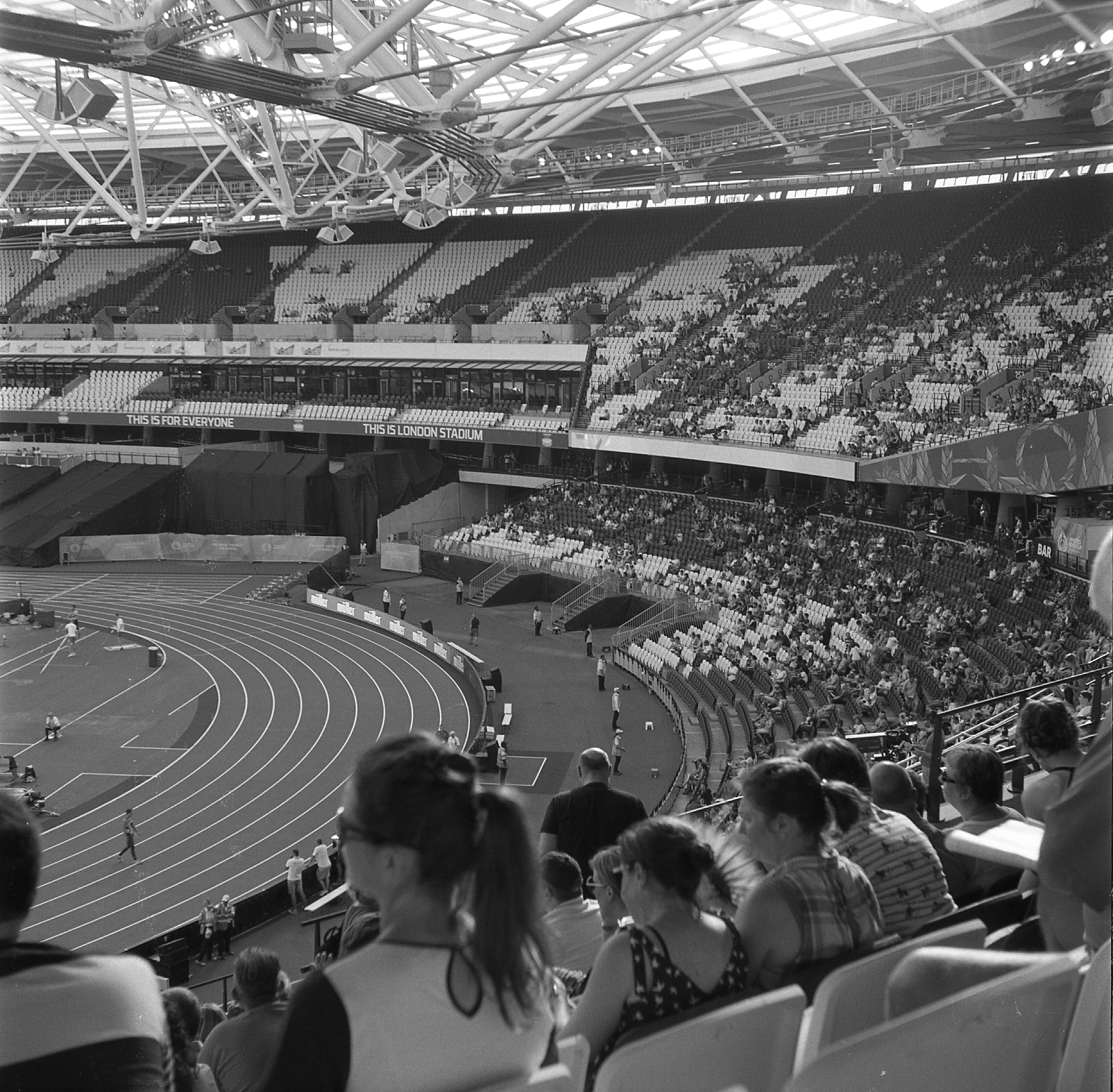 The inaugral Athletics World Cup in 2018 provided a perfect excuse to go and have a look round. I took along my little Yashica 44 TLR loaded with Rerapan 100 film. The above shot was taken from our seats as the stadium was filling up. I really like the above shot, even though it does not show anything amazing, I just like the view out across the stadium. I went for a long focus, so the woman in front of me is nicely out of focus, in contrast to the rest of the shot. I like the 60mm lens on the 44’s, itv takes a sharp picture and the Rerapan has coped well with the mix of light and shadow, with a good range of tones.. 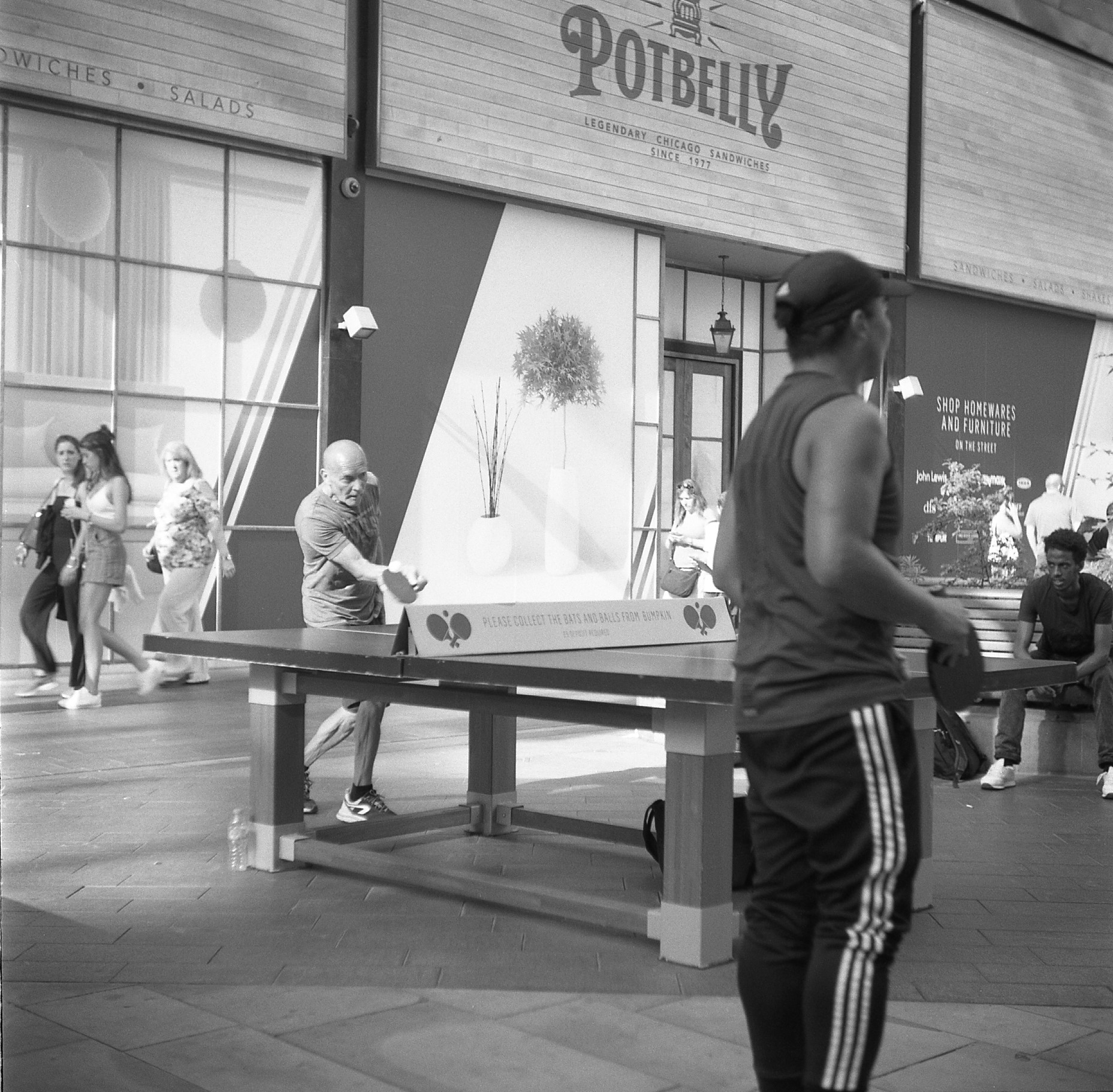 I love to try a bit of street photography with my TLR’s, it is always a challenge with a camera that is slow to operate. This shot came out well, capturing the chap playing his shot with the male in the foreground nicely out of focus. Once again the Rerapan has impressed with it’s ability to deal with both sunlight and shadow. I have no idea what film Rerapan 100 actually is, but it has a nice wide lattitude. The grain is nice and smooth. As with the previous photo, the Bellini Hydrofen developer has done a great job. 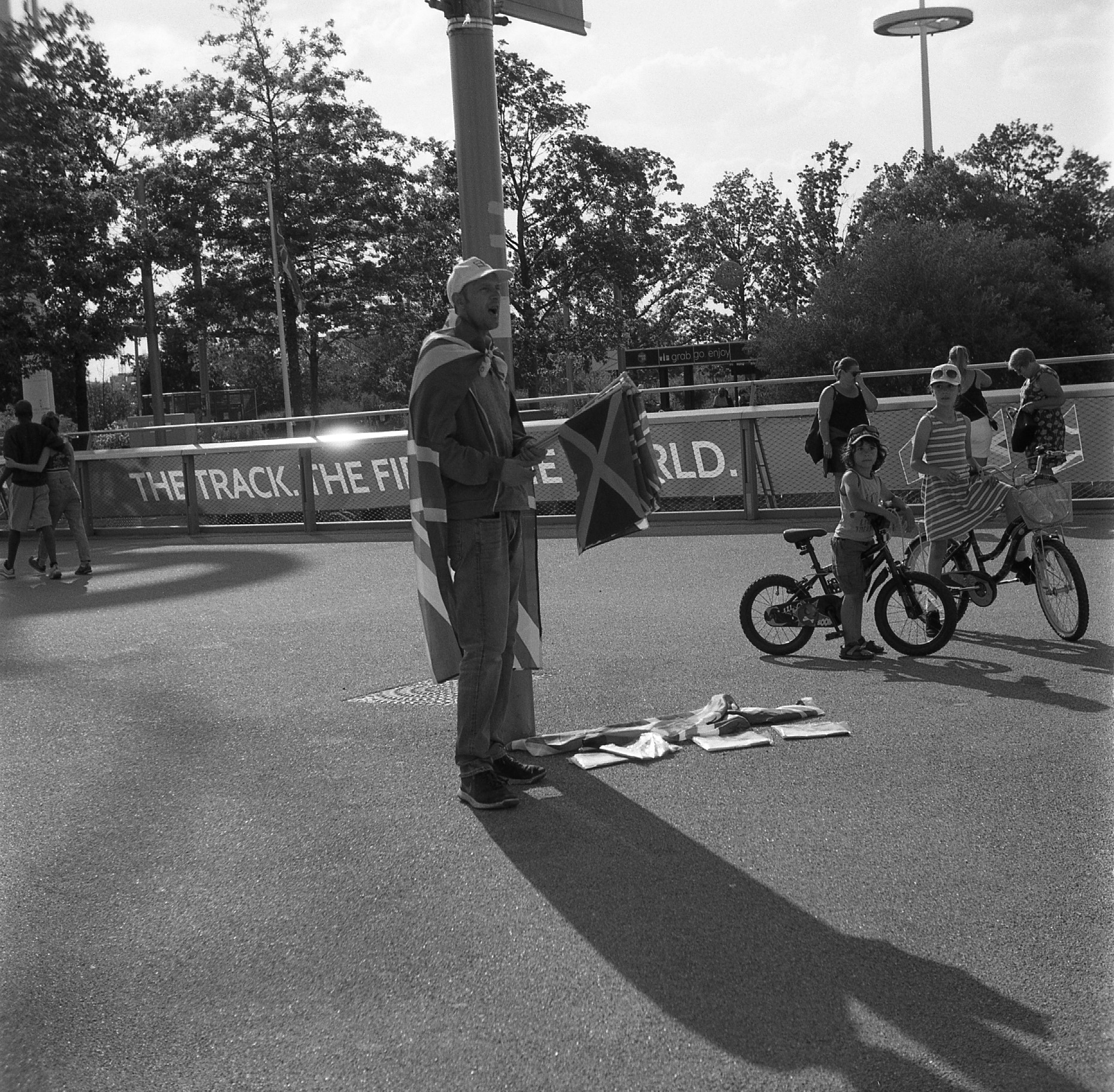 The flag sellers are not ones to miss a buck and will be out selling something, whatever the event at the Stadium 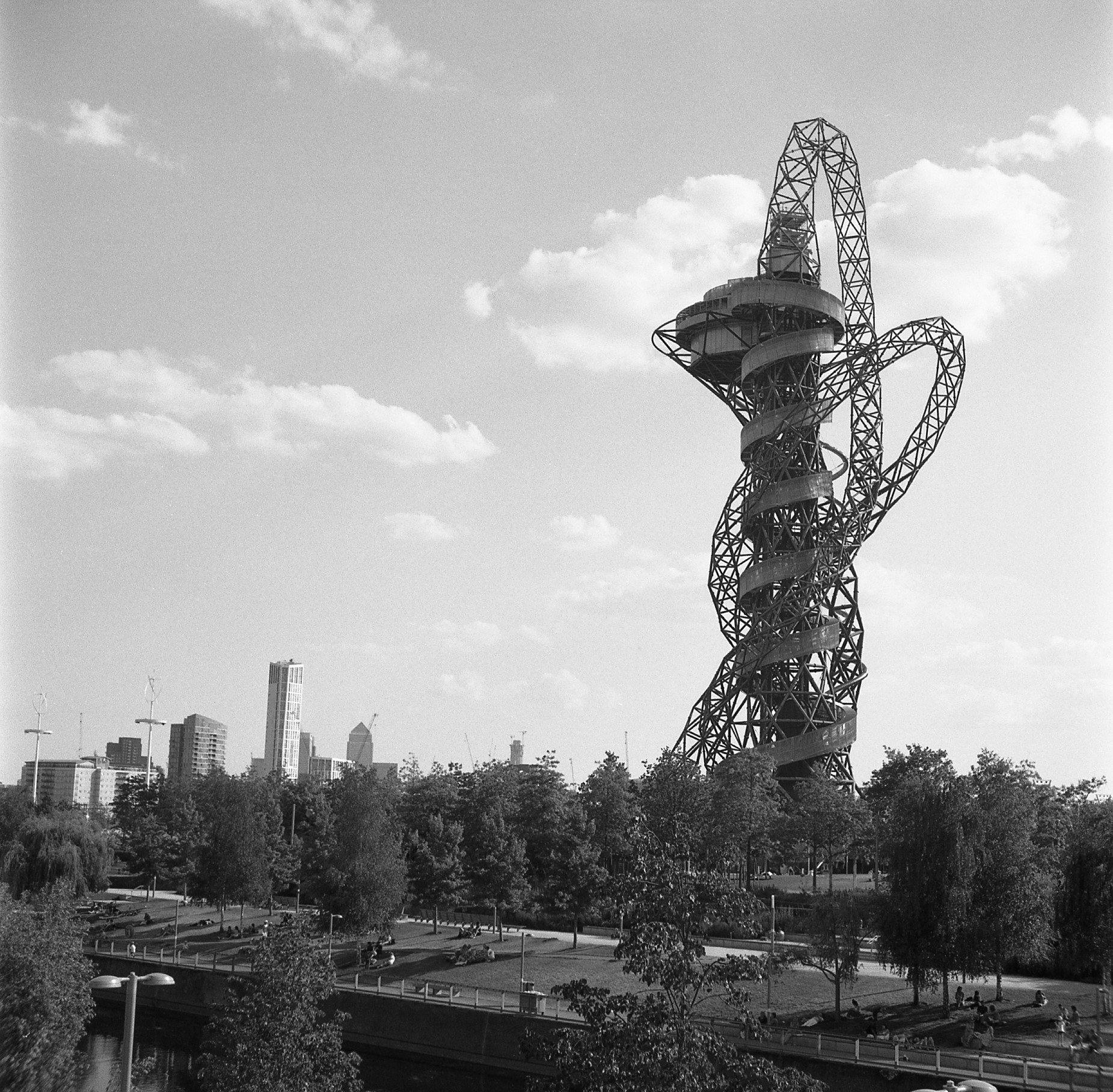 No visit would be complete without a photo of the Mittal Orbit Tower, with what must be one of the worlds largest helter-skelters going round the outside. I will have to go again and have a play on that.

To sum up, the Yashica 44 performed well, the 60mm lens staying sharp and avoiding lens flare (I did use a hood). The Rerapan 100 dealt magnificently with the light and shadow, not blowing out the highlights and retaining good shadow detail, with smooth tones throughout. The Bellini Hydrofen has done a fantastic job on this film, keeping the grain down and producing clear, sharp images. I have plenty more 127 film in the fridge, and intend to shoot it all this summer, especially if the shots are turning out this good. Hopefully the Rerapan 400 will be as good as the 100.