Last year I visited the historic Bronte town of Haworth in Yorkshire and as usual, I took my Yashica 635, this time loaded with Ilford Delta 3200 which I was shooting at 1250. This was part of my experiment to try and tame the grain the 3200 produces to give photos a nice soft look. 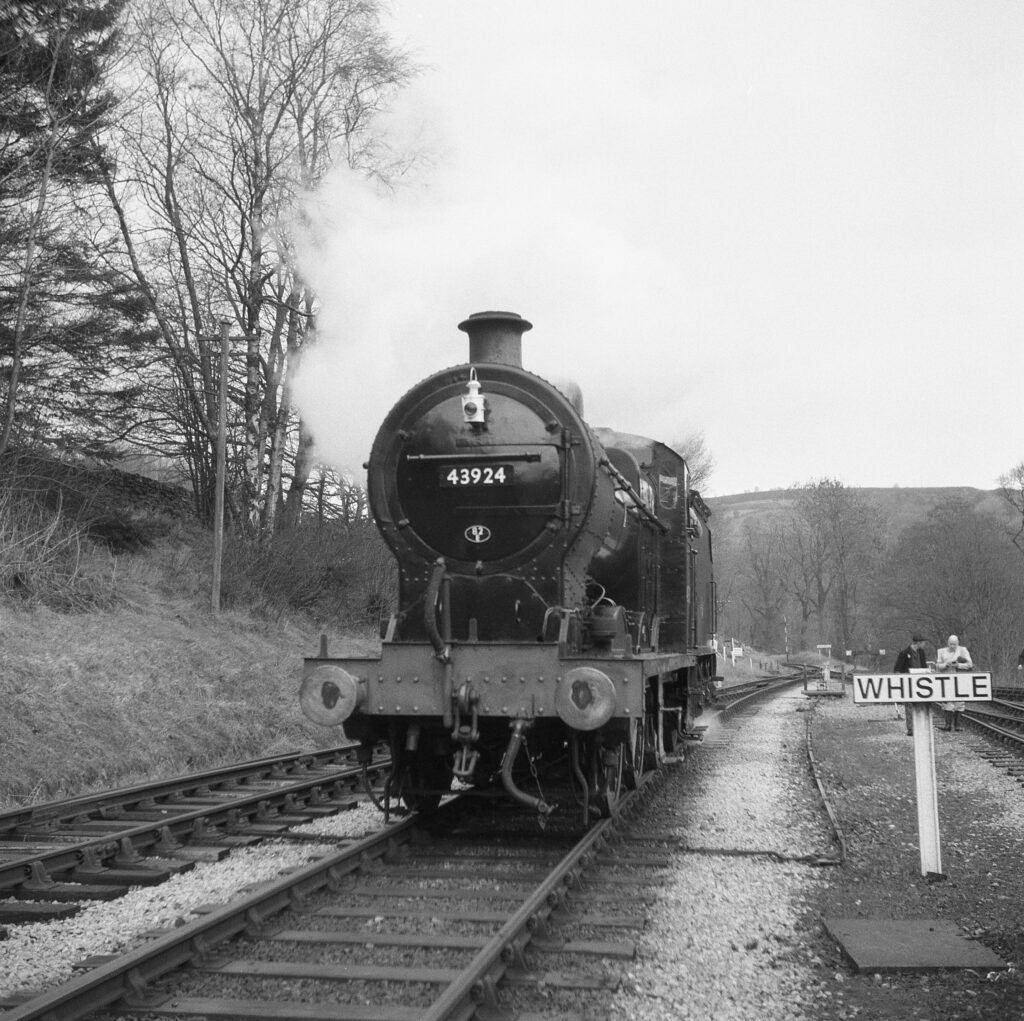 Haworth is always good for photos and a trip on the Keighley and Worth Steam Railway was worth taking a cmaera along. The above shot was taken as the locomotive pulled into the station. Moving objects are always a challenge with a TLR, however the engine was moving slowly and I had time to pre-focus on a section of track, so the focus was pretty much where I wanted it. One thing that I noticed was how the steam disappears against the pale clouds. When actually there, the steam stood out far more to the naked eye. 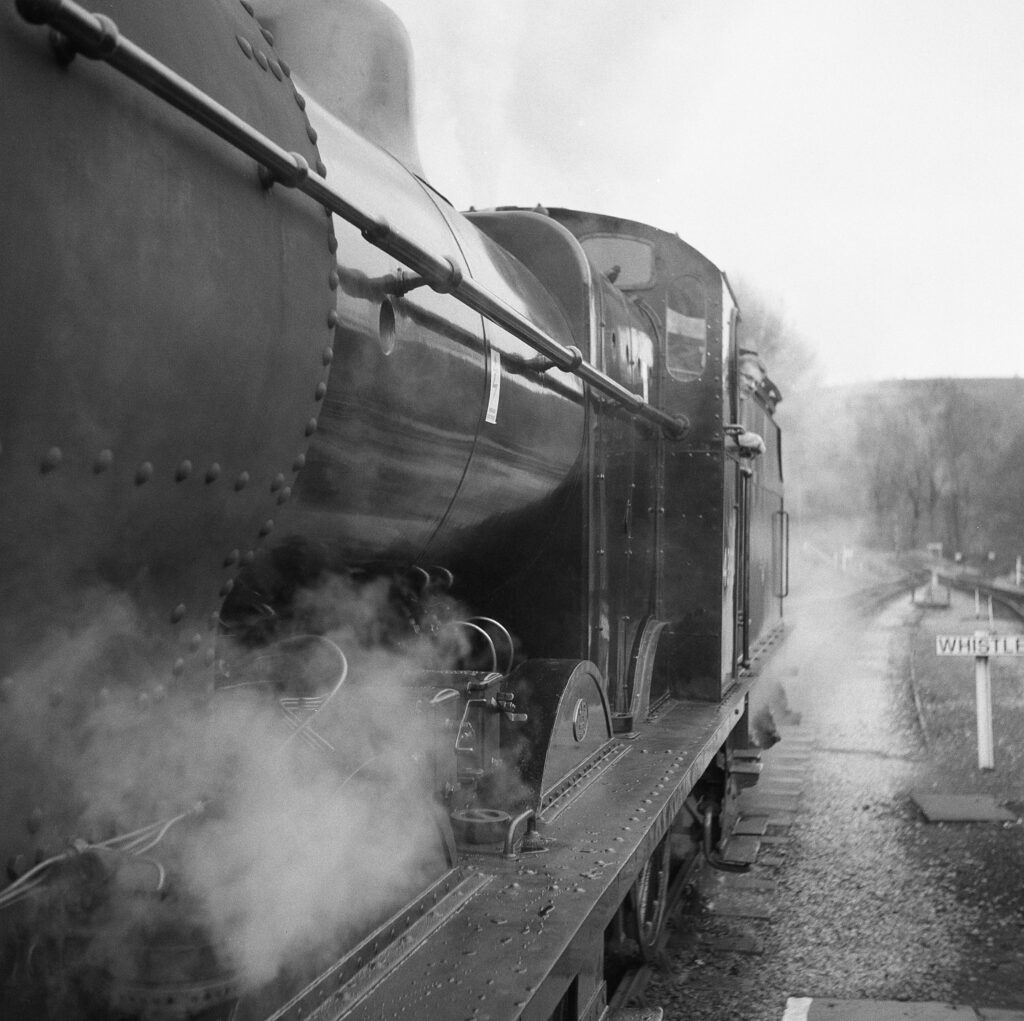 I managed to re-focus and snap this shot as the engine steamed past me into the station. I am getting pretty good at quickly winding on, framing and focusing my 635, although it takes a bit of practice. I managed to get the front of the engine in focus, with the rear slightly out of focus, which was the effect I wanted. This shot shows exactly the look I like with Delta 3200. The large grain is visible, but it is soft and gives the whole photo a ‘softer’ look than a very low grain film. The in focus areas are still clearly detailed, but look less sharp than a small grain film. Whenever I have shot 3200 at box speed, I have found the grain to be overpowering, but shooting at 1250 seems to suit this film very well. 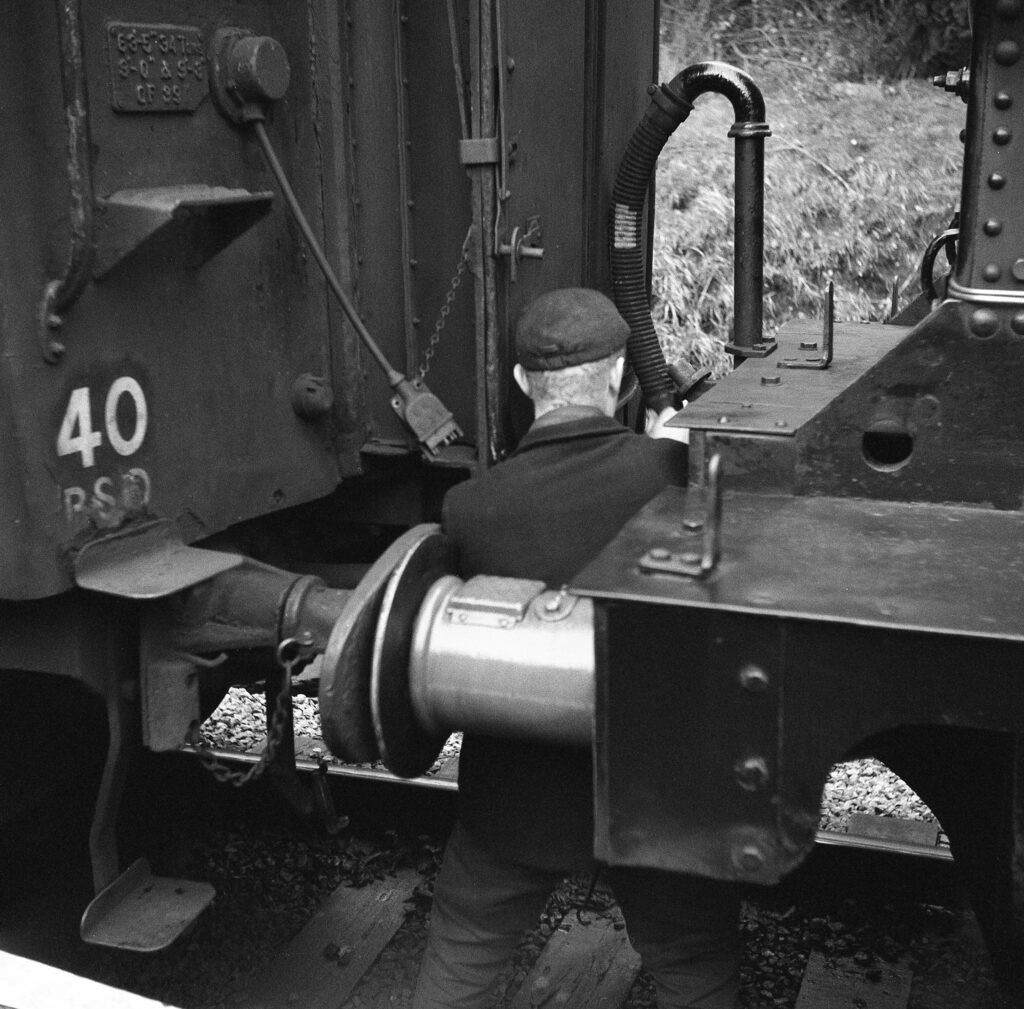 This brave chap had the unenviable task of jumping down between the coaches and the front of the engine and manually uncoupling the engine. I wasn’t expeccting him to jump down and had to wind on and focus quickly, guessing the exposure in the darker area between the coach and engine. I almost nailed the focus, but had to open the aperture to maintain shutter speed. The steam pipe and mounting is in very clear focus, but the man is starting to go slightly out of focus due to the very shallow depth of field. I like this shot as there is nothing to suggest this is a modern photo, it could have been taken years ago during the golden age of steam. Once again the Delta 3200 has given me exactly the look I wanted. 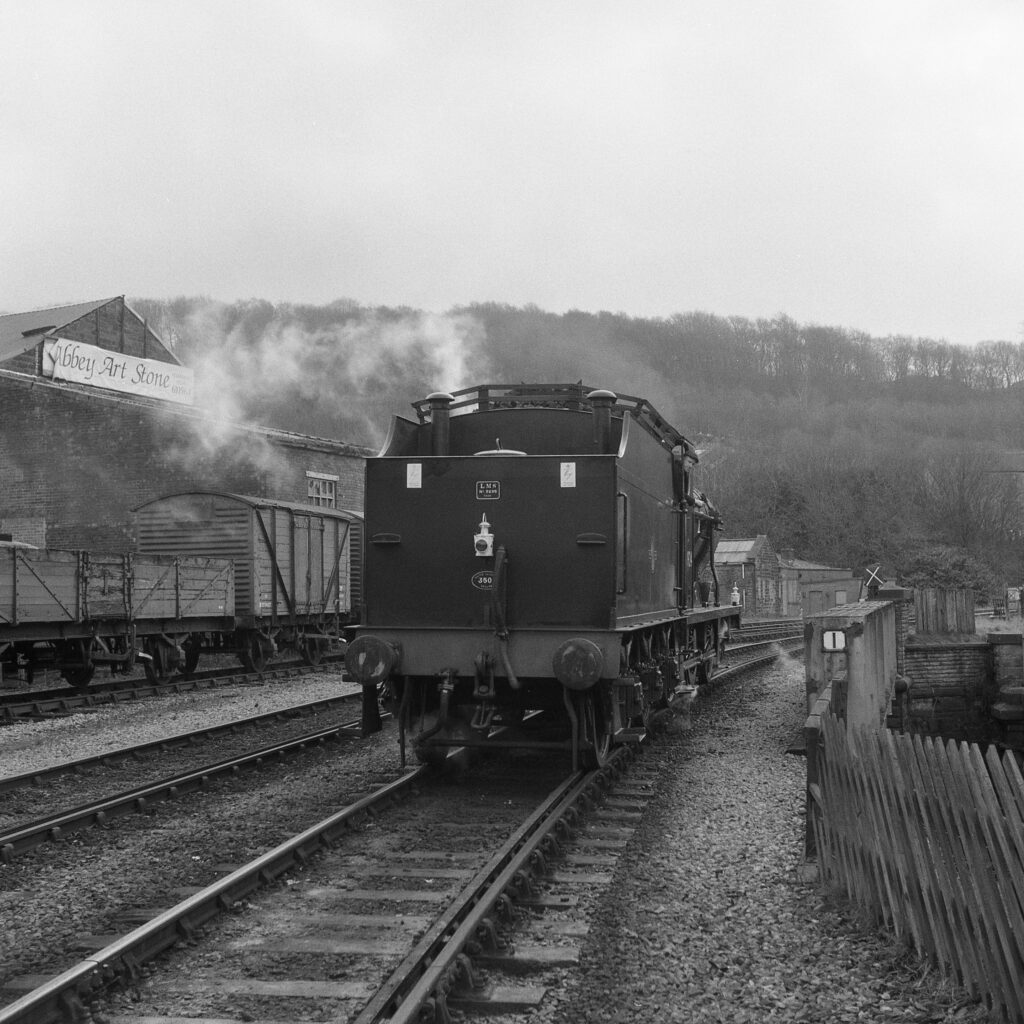 Keighley Station was the end of the line and the engine uncoupled and turned round to take the train back, this shot showing it reversing into the station towards the train.

It took me a while to discover how to shoot Delta 3200 and get the results I wanted. Although HP5 will remain my ‘go to’ film, I will always have some rolls of Delta 3200 in the fridge, especially for winter shooting, as I love the look it gives in medium format.